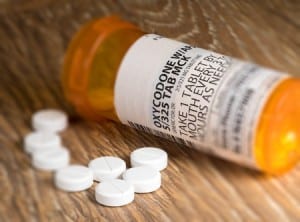 Although opioid abuse has become a discussion topic among lawmakers, there are still some people who may not understand just how substantial this problem is in our communities. Opioid addiction isn’t something that only affects a small number. It isn’t solely harming the homeless, young, or abused populations. It’s not something that only lurks in the alleys of large cities or low-income neighborhoods.

The reality is that opioid abuse is everywhere. It’s in the suburbs, it’s happening among housewives and teenagers. Chances are, you won’t have to search very hard to find someone near you who is suffering from an opioid addiction right now. It’s a sobering thought.

Opioid abuse has become an epidemic everywhere. A new report from the Healthcare and Cost Utilization Project, found that there were just under 1.3 million hospitalizations related to opioid abuse in one calendar year. To put that into perspective, that’s about 3,479 hospitalizations every single day for one year.

The report also found that between 2005 and 2014, opioid hospitalizations increased among both sexes and all age groups. What this means is that it’s not only affecting certain groups, instead it’s affecting everyone. And these numbers may only get worse if we don’t do something about it.

So what can we do? Well, it starts with becoming educated about the impact of opiates on users and the community at large.

If you’re not sure where to start, consider taking our Opiate Impact online course. Together, we can keep the dialogue going in our communities, families, and governments. When we continue to educate ourselves and create a discussion about this epidemic, we can bring hope to many lives.

Dr Jean LaCour
« Previous Post 3 Ways to Find Passion in Your Work Next Post » Recovery Coach Certification: 2 Ways to Get There