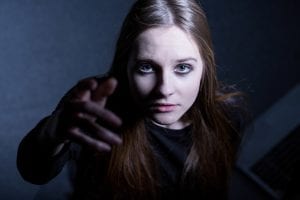 Smart Approaches to Marijuana (SAM) has released a report on findings related to four years of marijuana legalization in Colorado and Washington states. From what this report shows, legalization has not delivered on its promises of windfall tax revenues or a decrease in crime. However, there is plenty of evidence that it has had significant negative impacts on public health and safety.

SAM, comprised of scientists and researchers, works to bridge the gap between the public’s understanding of marijuana and what science tells us about the drug. At the local, state, tribal, and federal levels, SAM seeks to align marijuana policy and attitudes about the drug with 21st-century science, which continues to show how marijuana use harms the mind and body.

In the wake of multimillion-dollar political campaigns funded with out-of-state money, Colorado and Washington voted to legalize marijuana in November 2012. Though it would take more than a year to set up retail stores, personal use (CO, WA) and home cultivation (in CO, which includes giving away of up to six plants) were almost immediately legalized after the vote.

Public marijuana use, though illegal, remains a common way to observe the law. Also, a brand-new marijuana industry selling candies, cookies, waxes, sodas, and other marijuana items has exploded—and with it a powerful lobby to fight any sensible regulation.

Though it is still early—the full effects on mental health and educational outcomes, for example, will take many more years to fully develop—these “experiments” in legalization and commercialization are not succeeding by any measure.

Colorado now leads the country in past-month marijuana use by youth, with Washington not much further behind. Other states that have since legalized marijuana occupy 4th place (District of Columbia) and 5th place (Oregon). States with lax “medical marijuana” laws occupy 2nd and 3rd place (Vermont and Rhode Island, respectively). Read more

Professional Recovery Coaches can provide preventative help before treatment is necessary, or help individuals after treatment to learn to implement the skills necessary to stay clean and avoid relapse episodes.

If you are interested in learning more about our Certification Programs in Professional Recovery Coaching visit us here: www.recoverycoachtraining.com